The Mayfield neighbourhood is located in west Edmonton, north of 107th Avenue. The bulk of residential construction within Mayfield took place in the 1950s and 1960s and continued slowly into the early 1980s. A central school and park site defines the heart of the neighbourhood, and three smaller parks are located throughout to provide residents with additional amenity space. Single-detached homes, predominately bungalows, are oriented around the central school/park site. Mayfield’s street pattern is a good example of the modified grid pattern that became popular after World War II. While the majority of housing units are single-detached, the neighbourhood also includes several multi-family sites and a small commercial element. Another concentration of commercial development is located at the corner of 111 Avenue and 156 Street. Major commercial amenities are located nearby in Mayfield Common, a regional shopping centre located along Stony Plain Road and Mayfield road. The neighbourhood is surrounded by industrial neighbourhoods to the north and west and by residential neighbourhoods to the south and east. The name for the neighbourhood was chosen through a naming contest in 1954. Mayfield was named in honour of Wilfrid R. “Wop” May, a civilian aviation pioneer and World War I fighter pilot. May founded Edmonton’s first air service in 1919 and established the Edmonton and Northern Alberta Aero Club in 1928. He was inducted into Canada’s aviation hall of fame in 1973. 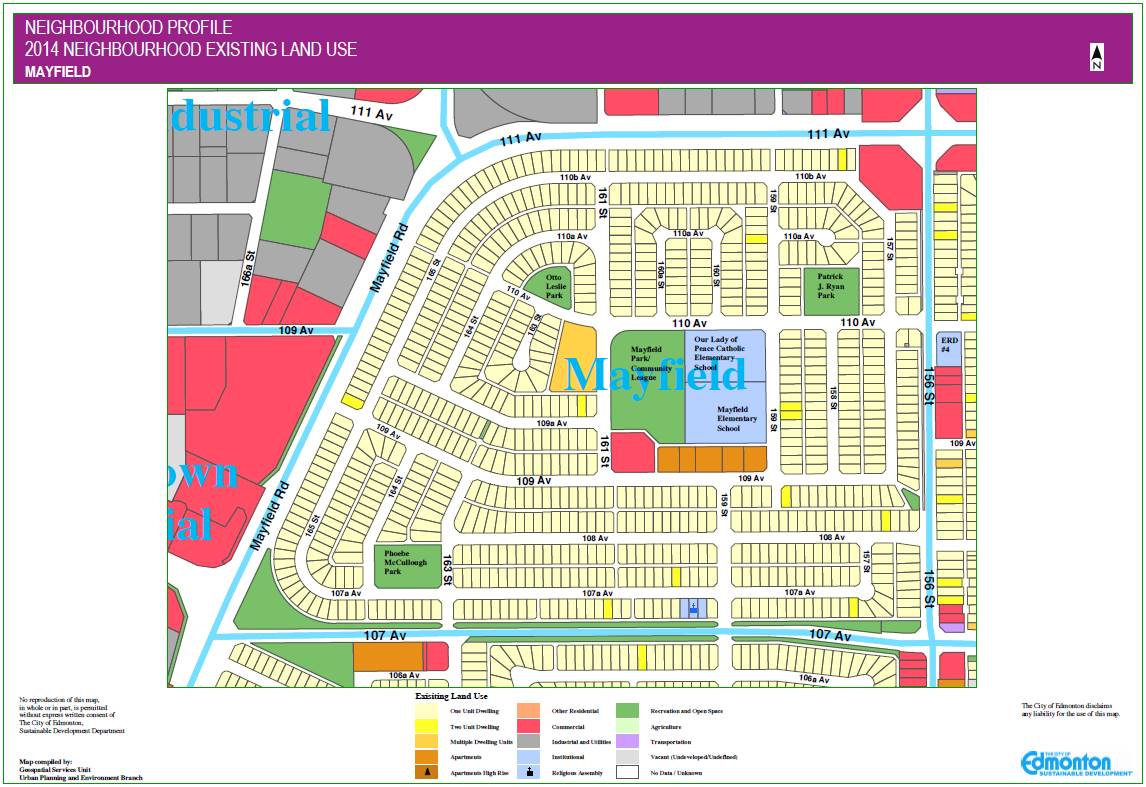